It seems this has been the year of scaring the bejesus out of myself (see recording the BBC show on the novel).  The Sky Arts Arts 50  was one of the most nerve-wracking things I’ve ever done. I was commissioned to write a short story set in the future (a first for me), having to learn the story (I managed mostly), perform it live at the Barbican Centre in front of an audience and having that recorded and shown on Sky Arts television… yikes!

I watched it for the first time this week – it took me a few months to build up the courage to watch myself.

Here’s a little on what the piece is about…

“With four counties out of a six county state voting Remain and a ruling party that was pro-Leave, Brexit was the final straw for a people kept stuck within boundaries and tribalism by its politicians, who regularly ignored their rights and votes. In Paul’s imagined future Northern Ireland’s forward-thinking people look back at the whole idea of nationalism as a barely-believable thing of the past.”

You can watch me perform the story here. 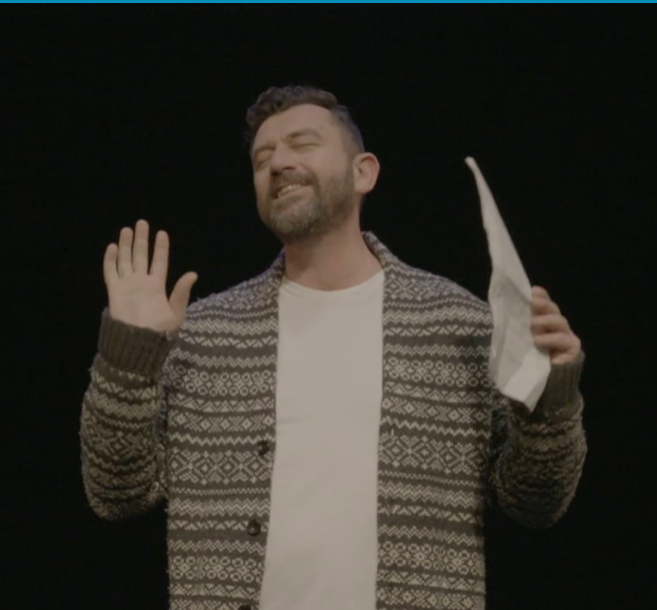