The Good Son, Paul’s debut novel, won The Polari First Novel Prize and The McCrea Literary Award. It was shortlisted for The Authors’ Club Best First Novel Award, the Prix du Roman Cezam in France and a finalist for The People’s Book Prize. The Good Son was chosen as Brighton’s City Reads 2016 and was given out as part of World Book Night 2017. Paul has written comedy, essays, flash fiction, a novel, plays and short stories, and his work has been performed on radio, stage and television, and published in seven languages.

Born in Belfast, Paul began his career as a playwright before moving to London where he wrote comedy shows, which were performed at the Edinburgh Festival and in London’s West End. Moving into prose, his short stories have been published in anthologies & literary journals and read on BBC Radio 3, 4 & 5. ‘Hollow’ was shortlisted for Irish Short Story of the Year at the Irish Book Awards in 2017. Most recently, his stories have been televised on Sky Arts, recorded for 14-18 NOW and published in ‘Common People’ edited by Kit de Waal and ‘Being Various’ for Faber. He edited the anthology ‘Belfast Stories’ and will edit ‘Common People Ireland’.

Paul co-founded the London Short Story Festival, of which, he was Director and Curator for 2014 & ’15. He is associate director at Word Factory, ‘the UK’s national organisation  for excellence in the short story’ The Guardian. Paul’s blog for writers which posts on submission opportunities for journals and competitions gets 40,000 hits a month and has had over a 2 million visitors.

He now lives back home in Belfast. 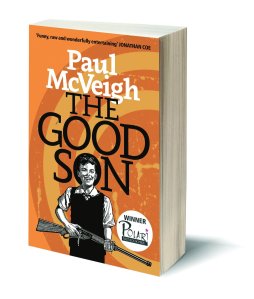 ‘A triumph of storytelling. An absolute gem.’ Donal Ryan

6 thoughts on “About Paul”