The Author and Social Media

Paul McVeigh has become well known on social media as a go to person for other writers, and for juggling an online presence with his own work. He has over 4,000 followers on Facebook, 12,500 on Twitter and a blog that gets over 40,000 hits a month internationally – his blog is fast approaching 2 million visitors.

In this class you’ll find out how to build a social media platform, how to use that platform to help you get published, get reviewed and endorsed, access to high profile authors, and get paid work. Paul’s online presence has led to him being invited to establish the hugely successful international London Short Story Festival, become Associate Director of Word Factory the leading short story salon in the UK and being judge of prestigious literary prizes such as the Edge Hill Short Story Prize and The Dylan Thomas Prize. It has also gotten him invites to teach and read in Australia, Bali, Ireland, Malaysia, Singapore, Switzerland and Poland and access to interview authors such as Kevin Barry, and George Saunders from The Irish Times.

Paul’s short stories have been published in The Stinging Fly, commissioned by anthologies in the USA & Faber UK and by BBC Radio 3, 4 & 5. He debut novel ‘The Good Son’ won two awards and was shortlisted for a further four selling stage and multiple foreign rights.

This class has sold out in Belfast London and Melbourne..

Masterclass followed by A Novel Affair at the ICC at 19:00 – four novelists (Martina Evans, Paul McVeigh, Aoibheann McCann and Alan McMonagle) read from and discuss their work. Chaired by Conor Montague. 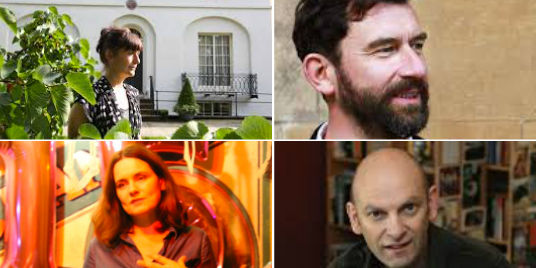