Hurry – this offer is limited to 20 tickets!

Being Various: New Irish Writing at the Irish Embassy

A fantastic opportunity to share an evening with some of the finest Irish writers of our time.

What distinguishes nationality? Lucy Caldwell addresses this key question as editor of Being Various, New Irish Short Stories(Faber). Her vivid anthology explores a multi-cultural country at a transitional point in history, depicting lives and a sense of belonging in Ireland and also relevant to us all.

Word Factory is delighted to celebrate the anthology at a wine reception hosted by the Irish Ambassador Adrian O’Neill and Cathy Galvin at the Irish Embassy in London on Thursday 27th June 6pm-9pm.

Please note: though the event is free, it is vital to book your place in advance so that your name can be added to our special guest list.

I’m excited to interview Man Booker Prize Winner Anne Enright for the second time, this time on home turf. The first time was in Waterstones Piccadilly for Word Factory earlier this year. We also sat on some panels together whilst at a literature festival in Morges, Switzerland.

Next February 9th, I’ll be interviewing her at the Seamus Heaney Homeplace, here’s the blurb…

‘Booker Prize-winning novelist Anne Enright is one of the most celebrated writers working in Ireland today. Her work is part of a great tradition of Irish writing that explores themes of family life, relationships, love, repression and memory.

Enright won the 2007 Booker Prize for her novel The Gathering, a story about the pull of family and the lure of home. Her first novel was The Wig My Father Wore and subsequent works have included What Are You Like?, The Forgotten Waltz and her most recent The Green Road. Her awards also include the Rooney Prize for Irish Literature, the Encore Award and the Irish Novel of the Year.

From 2015 to 2018 she was the inaugural Laureate for Irish Fiction and we are delighted to welcome her to The Helicon where she will talk about her work and career with Paul McVeigh.’

Come along, it should be a wonderful night.

Last year I had the honour of sharing the stage with Anne Enright at Le Livre Sur les Quais in Switzerland last year. This St Patrick’s Eve I’ll be interviewing her live on stage in London for Word Factory. More info below…

On the eve of St Patrick’s Day, meet one of the most celebrated literary figures of our age. Man Booker prize winner Anne Enright is the Laureate for Irish Fiction, an acclaimed novelist, short story writer and essayist. Her books include The Wig My Father Wore, The Gathering and The Portable Virgin. In this one-off London event, reading new work commissioned by Word Factory for the Change Maker series, Anne will explore the boundaries of short fiction in new work and her writing life, in conversation with Word Factory associate director Paul McVeigh. Paul, who lives in Belfast, is author of the acclaimed The Good Son, set in the Northern Ireland of the 1970’s.

George Saunders has been shortlisted for the 2017 Man Booker Prize. I was lucky enough to interview George a couple of years ago. It was an amazing experience and a real ‘moment’ in my writing career.

Recently I got to sit on a panel with for BBC Radio 3 thanks to New Writing North & Word Factory. We talked about the short story and read some of our work.

George was up for another interview that day which we did thanks to Bloomsbury Books. You can read it over at The Irish Times where George talks about his debut novel, writing, Trump and his wife’s upcoming novel. I hope you enjoy it.

Catch up on all your writing news and submission opportunities this weekend with the new Word Factory round up from my writers blog. 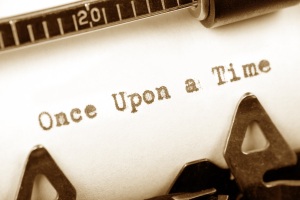 How Short is a Short Story?

This event was recorded at BBC 3’s Free Thinking Festival last weekend. It is a highlight of my career to share a stage with one of my writing heroes – George Saunders. You can listen to it here for the next 30 days. I also got to interview George after the event so look out for that.

As part of the festival Jenn Ashworth, Kirsty Logan and myself write some (very) short stories and you can listen to them here. The stories were commissioned by New Writing North and Word Factory. 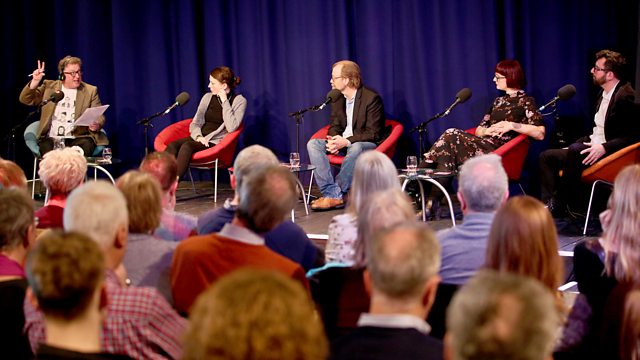 He compares notes on the art of the short story with Paul McVeigh, Jenn Ashworth and Kirsty Logan, who’ve been commissioned by New Writing North and the Word Factory to write Flash Fiction on this year’s Free Thinking Festival theme of The Speed of Life.

Kirsty Logan is the author of books including The Gracekeepers and The Rental Heart & Other Fairytales and a range of short stories.

Jenn Ashworth’s books include Fell, The Friday Gospels, A Kind of Intimacy and Cold Light and a selection of short stories.

Paul McVeigh has won prizes including the Polari prize for his debut novel The Good Son. Born in Belfast he is co-founder of the London Short Story Festival, writes a blog and has represented the UK at events in Mexico and Turkey.

Recorded in front of an audience as part of Radio 3’s Free Thinking Festival at Sage Gateshead.
The stories commissioned for the Festival are available to listen to as an Arts and Ideas podcast available for 30 days.

The Word Factory round-up of submission opportunities to journals and competitions, articles on writing and writing news is here. Taken from my blog, this monthly list is all you need to plan your attack on the publishing world.

The Good Son
Blog at WordPress.com.